Winners, News And Notes As Adam Cole Taps Out 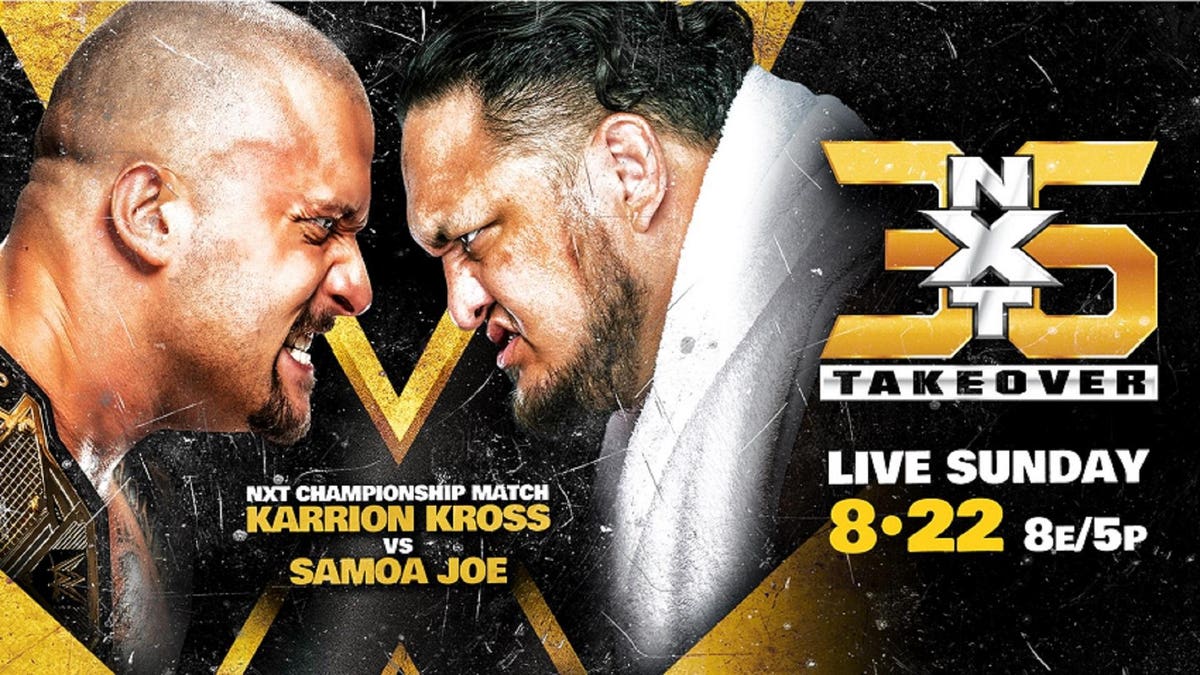 WWE NXT TakeOver 36 featured four championship matches and a main event that some feel could be Adam Cole’s final match at an NXT TakeOver should his looming free agency land him in AEW. Cole’s future could also see him land on the main roster, so even if this was his final match in NXT—as was reported by Mike Johnson of PWInsider—it may not necessarily be his final match in WWE>

The result of Adam Cole vs. Kyle O’Reilly only intensified speculation that Cole could be AEW-bound as O’Reilly beat Cole via submission in the third fall of their two-out-of-three falls match inside a steel cage. O’Reilly submitted Cole with a one-arm heel hook while his other arm was chained to the cage. O’Reilly’s win led to shock within the CWC, as the pro-Adam Cole crowd chanted “bulls—t.”

Last week’s broadcast of WWE NXT garnered 654,000 viewers, down almost 13% from the week prior.

Ted DiBiase told me LA Knight had a receipt coming during Friday’s SummerSlam press junket, but he didn’t say anything about using the Million Dollar Dream which led to a huge pop in the CWC.

This match was not without its hiccups, but it was a perfect opener and fans were really hot to see Cameron Grimes win the Million Dollar Championship.

Dakota Kai had a few brilliant counters including a scorpion kick to get out of a power bomb and a triangle submission as a counter to a Chingona Bomb.

Dakota Kai dominated stretches of this match but she was very convincing in her offense despite being so much smaller than Gonazlez. This might have been the most Gonzalez sold in her career.

Former NXT UK women’s champion Kay Lee Ray made a surprise appearance after this match and though many NXT viewers have no idea who she is, this crowd made her feel like a big star.

This match featured the return of referee Jessika Carr to NXT after officiating at WWE SummerSlam just 24 hours earlier.

Dragunov’s selling was excellent in this match.

This was much closer to a traditional WWE match than their Match of the Year candidate from last year, but it was not without its share of stiff chops.

It’s tough to buy Dragunov kicking out of everything WALTER threw at him when he was so easily vanquished by Pete Dunne.

Wade Barrett had a great line when he said “WALTER just dropkicked the soul out of Ilja Dragunov.”

If the plan was for Ilja Dragunov to dethrone WALTER, he had no business losing two weeks ago.

The only thing more shocking than Dragunov’s victory over WALTER was it was by submission.

From the second the bell rang, this crowd was solidly behind the heel Adam Cole.

I was so happy to see the first fall, won by Kyle O’Reilly, end so quickly.

At one point, during the Street Fight, both Adam Cole and Kyle O’Reilly had their fists wrapped in steel chains, which should have been its own stipulation.

Kyle O’Reilly defeating Adam Cole with one arm by submission will only lead to more speculation that Cole could be AEW-bound.

Karrion Kross’ entrance was overtaken by chants of “we want Scarlett!”

Given the surprising finishes on this show, nothing is guaranteed in this match, which only enhanced the main event.

Samoa Joe’s feud with his own trunks, which he was fidgeting with in the latter parts of this match, was almost as intriguing as his feud with Karrion Kross.

Samoa Joe won this match via Musclebuster to become the first-ever three-time NXT champion. And if NXT is going to be rebranded in a new era, it needs an established star like Samoa Joe to keep this transitional brand together.