Winners, News And Notes As Randy Orton Returns On August 9, 2021 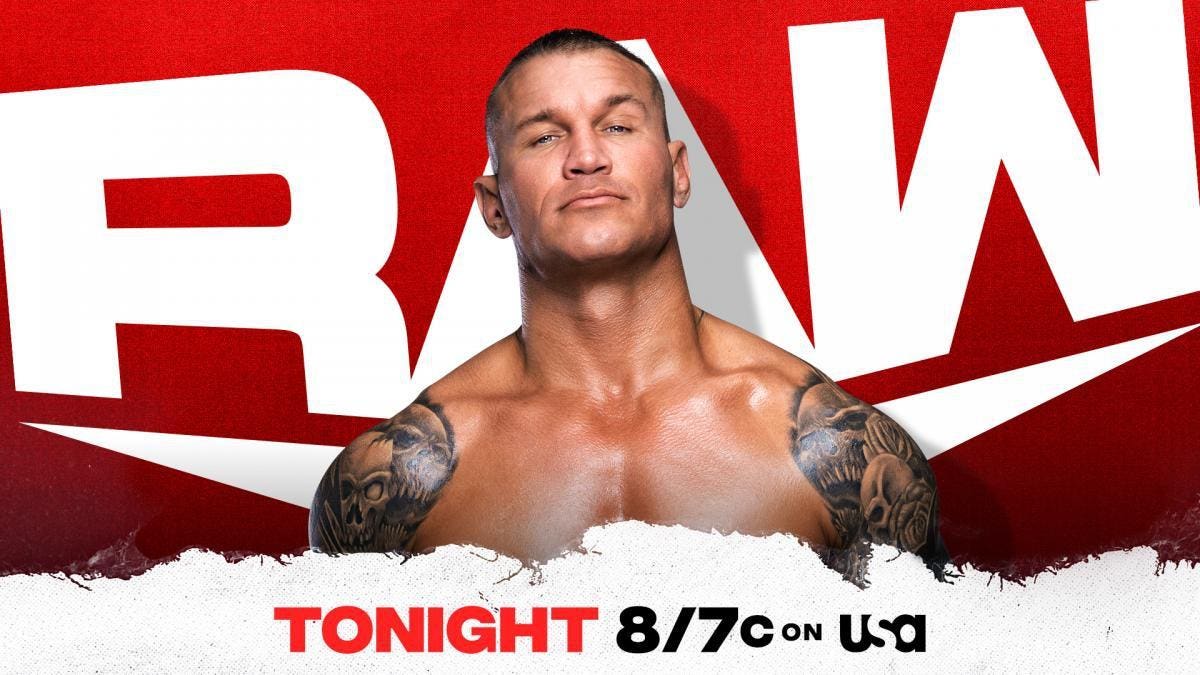 These fans seemed much more into seeing Riddle take an “RKO” than RK-Bro, but Riddle did such a good job endearing himself to them, by the end of the segment they were chanting “RK-Bro.”

It looks like Randy Orton and Riddle are back to Square 1 of Orton not wanting anything to do with Riddle.

Orton said Riddle has been doing just fine himself, which tells me Orton didn’t watch Raw last week when Riddle got squashed by Omos.

WWE missed out on what could have been a solid seven weeks of storyline buildup for what used to be one of its hottest tag teams in RK-Bro.

Drew McIntyre’s story about his mother was better than any story he’s ever had about a historical figure.

Unlike on SmackDown, Corbin could actually afford partial theme music.

Baron Corbin had plenty of time to see the Claymore Kick coming yet he still wasn’t able to get out of its way.

Karrion Kross’ pre-match promo sounded like he was reading the words off the hourglass timer he was holding.

Karrion Kross beat Jeff Hardy, but at this point, does it really mean anything?

How long would a Karrion Kross win-streak have to be to get these people to care?

Fans spent the early parts of this match chanting “we want Wyatt” before getting behind Alexa Bliss, but not Lilly.

Doudrop may be in the midst of a punishment after playing a hand in Natalya’s injury because this was another inspiring loss for the up-and-down star.

Is this building to Alexa Bliss and/or Lilly vs. Eva Marie at SummerSlam.

Ricochet showed impressive balance by keeping himself from falling from the top rope, mid-springboard, and diving onto Sheamus into a table.

Damian Priest is slowly, but surely, catching on as a babyface.

The highlight of this, otherwise entertaining, match was The Miz standing up and running away, proving he really did know more than the dirtsheets who gave him a seven-to-nine month prognosis due to an apparent ACL tear.

MVP did a helluva job delivering this promo, but the crowd seemed restless at this point.

I couldn’t get over Lashley wearing such a nice suit with denim jeans. Did he lose his luggage?

Bobby Lashley proclaimed Goldberg wouldn’t be next, he’d be done, which goes against everything I know about WWE’s reliance on part-time stars.

I keep forgetting Nikki A.S.H is the Raw women’s champion, and I don’t feel like it’s entirely my fault.

This match was really just a countdown to when Charlotte Flair was going to show up, and she did not disappoint.

Elias threw his guitar in the fire and proclaimed “Elias is Dead” in the latest example of WWE taking somebody’s biggest strength away from them. Perhaps Elias should jump to SmackDown and join the Alpha Academy.

At his weakest, Omos is booked like Andre the Giant in The Princess Bride, which is still pretty damn strong.

Even though you could see it coming from a mile away in this instance, Orton giving Riddle an RKO this early will diminish his seemingly inevitable heel turn against Riddle down the road.