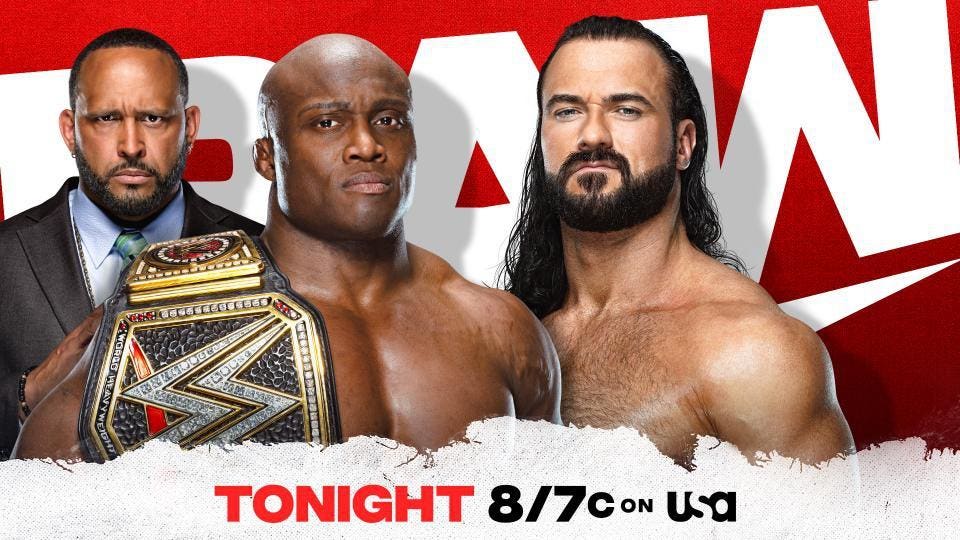 WWE Raw viewership was down last week with 1.774 million viewers.

Pro Wrestling Bits—Is Daniel Bryan on his Way Out of WWE?

I was begging for this underwhelming match to get interrupted and WWE did just that with its worst storyline. Careful what you wish for.

The longer everybody stood around and gawked at Alexa Bliss while she delivered her monologue, the more foolish they looked.

Shayna Baszler looks like she’s the one who will be feuding with Alexa Bliss, which is terrible news for her shoot fighter gimmick.

When Jeff Hardy took his shirt off as he was making his babyface comeback, Anan Virk described this as Jeff Hardy “disrobing.”

I don’t think the WWE writers are clear what a rotten tomato looks like.

These entrances took longer than most Raw segments.

In his own way, Corey Graves admitted to being a “Get High While Watching Adults Swim.”

Randy Orton giving The New Day RKOs was puzzling, but as long as him and Riddle are still a team, this segment was an overall win.

Sheamus vs. Humberto Carrillo Ends in a No Contest

Full Gear Sheamus dedicated some of his promo time to burying Adnan Virk.

WWE putting over Sheamus’ Hall of Fame resume always sounds like such a backhanded compliment.

Sheamus and Humberto Carrillo did everything they could to safely perform a sunset flip to the outside, but the bump looked nasty nonetheless.

Shelton Benjamin vs. Cedric Alexander deserved more than a one-week build to a television match.

Few things in WWE are as obnoxious as heel Cedric Alexander screaming at the top of his lungs.

Cedric Alexander took most of this match and lost after getting too cocky, which is WWE’s way of protecting a heel in defeat.

Judging by how excited he gets while calling the move, I’m guessing the riptide is Adnan Virk’s favorite finisher.

All Rhea Ripley has done since coming to the main roster is beat Asuka.

John Morrison had the word “Drip” painted on either side of his head and it was fantastic.

By the time WWE came back from break, The Mis had shed 3/4 of his suit due to stress.

The announcers were really talking up the story of The Miz not believing in Morrison.

The Miz cost John Morrison a win for the second straight week and, suddenly, this partnership is on the verge of becoming a feud.

This had to be the most offense for a Drew McIntyre opponent in quite some time.

Why does MVP still wear a Hurt Business chain if the group disbanded over a month ago?

Bobby Lashley was flung upside down into the turnbuckles in a spot that had to be seen to be believed.

This really was an awesome match before Braun Strowman ruined it.