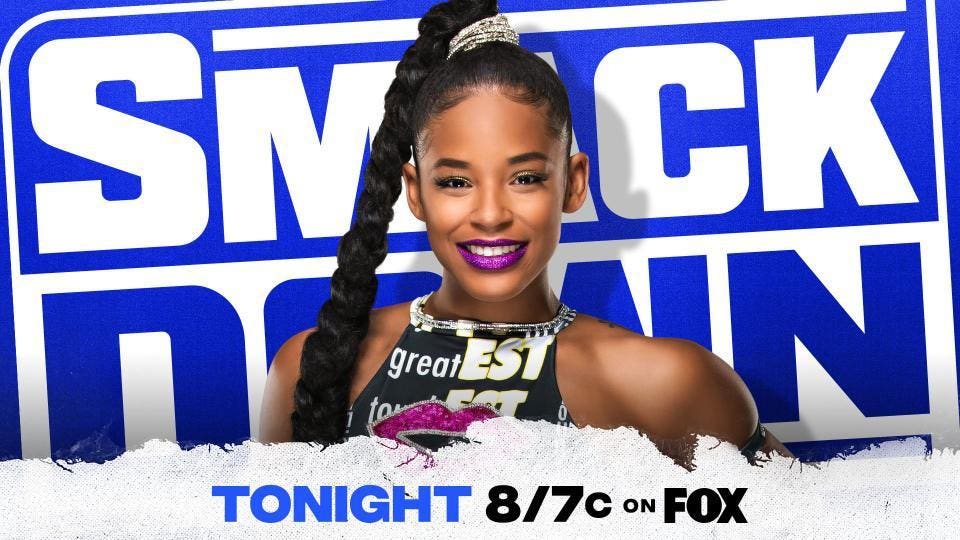 Paul Heyman brought up a great point by noting Finn Balor was so shook by Roman Reigns he channeled The Demon to challenge Reigns.

I like the fact that WWE is already building up Roman Reigns vs. Big E at Survivor Series. Roman Reigns is booked well in advance with Brock Lesnar, The Demon and Big E all waiting in the wings.

I despise the idea that a makeshift tag team can beat the SmackDown tag team champions so decisively, especially an all-time team like The Usos. These titles mean nothing.

As the Rick Boogs push continues, I’d have no problem with Apollo Crews beating Shinsuke Nakamura for the Intercontinental Championship. All Nakamura has done since winning the title is use it as a guitar accessory. He’s really just been a decorated manager for Boogs.

Happy Corbin didn’t even show up dressed to compete, instead he had a flamboyant shirt that he wore while beating up Kevin Owens. It was jarring to say the least.

After Kevin Owens was laid out by Happy Corbin yet again, this segment did nothing to quell budding rumors that Owens could be the latest internet darling to head to AEW.

Seth Rollins cavalierly noted “somebody should have helped Big E out there,” pointing more attention to the fact that New Day was inexplicably nowhere in sight.

You can’t convince me this five-minute promo from Seth Rollins didn’t take an hour of my time.

The best part of this segment was Pat McAfee calling Seth Rollins The Tin Man.

Before going to break, Michael Cole described Zelina Vega as “passionate,” Toni Storm as the “wild child of the ‘80s” and Liv Morgan as “rambunctious.”

Toni Storm seems to have dropped some weight and looked to be in some of the best shape of her career.

A second storyline has been hijacked from NXT as Carmella’s face was broken and she lost by countout a la Mandy Rose. It’s okay Mella, just dye your hair brunette in two weeks and it will magically heal, just like Mandy!

Rey Mysterio needs to stop showing up to Dominik’s matches. He’s a bad luck charm at this point.

Backstage, WWE continues what appears to be an “Angry Black Woman” storyline with Naomi, where Naomi was fined and villainized simply for standing up for herself.

Mayor Kane got some great free press by handing Bianca Belair the key to the city. This was great synergy by WWE.

Becky Lynch interrupting Rocky Top might have been more egregious than Minoru Suzuki having his music cut off.

WWE leaned into the nerd rage by laying a babyface in her hometown days after Tony Khan patted himself on the back for AEW letting hometown heroes (except Leyla Hirsch) win.