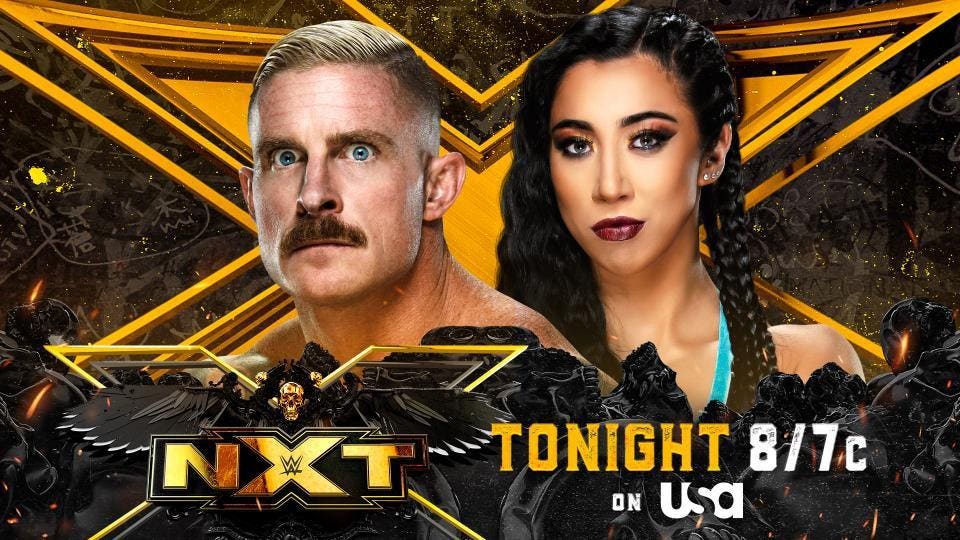 Ember Moon delivered a modified One-Winged Angel and, as a finisher, it might have been a superior version based on how quickly she was able to pull it off.

This match received modest “This is Awesome” chants, but deserved so much more.

Elektra Lopez established herself as the “powerhouse” of the group by body slamming Carmelo Hayes, who sold it like he had just been hit by a mack truck.

I’m not sure why Carmelo Hayes would be losing this early after winning a whole breakout tournament and being established as the No. 1 Contender for the North American Championship.

The Creed Brothers give me Steiner Brothers vibes, and their innovative double-team moved gave me AOP vibes.

The Creed Brothers are the tag team version of Brock Lesnar.

The Creed Brothers might be good enough to save the Diamond Mine.

Ember Moon hinted toward a heel turn in a backstage promo.

It doesn’t get talked about enough, but Kayden Carter is really, really good.

Io Shirai refused to tag in for the first several moments of this match as she was determined to win this match by herself. Zoey Stark eventually tagged herself in.

Kacy Catanzaro and Kayden Carter were attacked by Mandy Rose, Gigi Dollin and Jacy Jayne, which makes no sense because it was Sarray who broke Mandy Rose’s face. Having said that, I smell a six-woman tag.

WWE NXT aired Bachelor and Bachelorette parties for Dexter Lumis and Indi Hartwell, and they ended with Lumis and Johnny Gargano on the same page.

I was wondering why NXT wouldn’t wait until next week’s live show to debut, and I think I have my answer in that maybe they were nervous of how fans would react to how short she was.

For all those months of hype, Mei Ying standing up was shorter than the Chucky doll.

Mei Ying vs. Abadon could be a fun dream match if WWE were ever to walk through the Forbidden Door.

I loved the fact that MSK issued this challenge because the former champions had to forfeit the NXT Tag Team Championships. Huge babyface move.

The heel Danny Burch surprisingly received “welcome back” chants, but those chants could have also applied to MSK, who haven’t wrestled since August 17.

There was nothing wrong with this match, but MSK has its best matches against other teams capable of high-flying like Legado Del Fantasma.