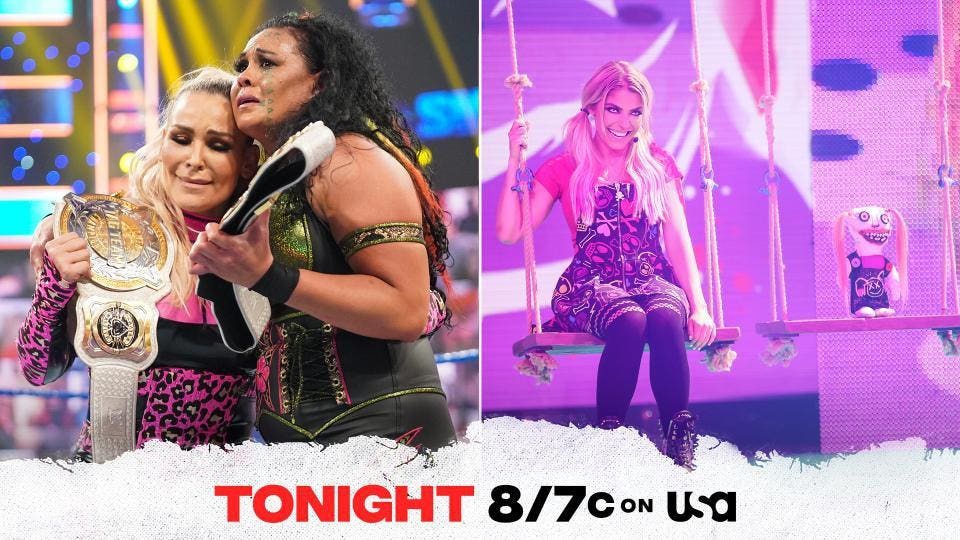 WWE Raw viewership was down slightly with 1.820 million viewers.

Bobby Lashley’s entourage weren’t the typical skinny blondes that WWE uses when it recruits women as extras, these women were voluptuous and “thicc” in the best way.

This match ended in disqualification, the way every match between Elias and AJ Styles ends if the plan isn’t for AJ to win.

AJ Styles was doing most of the heavy lifting in this match whether he was on offense or defense.

Tamina was the best part of this segment, looking around in confusion and frustratedly asking if they could leave.

WWE feels like it’s buying its time with Alexa Bliss and doesn’t even know who her next opponent will be.

Angel Garza no longer waits until mid-match to rip his pants off in a spot that has proven to get over with crowds. Instead, WWE continued its signature homogenization of talent by having him remove his pants before the match.

Gulak was not fighting Angel Garza with the urgency of a man who had a rose shoved up his butt.

Corey Graves advocated for Angel Garza to sodomize Drew Gulak for a second time after this week’s victory.

R-Truth lost the 24/7 Championship for the 52nd time. This also marked the end of a record-breaking reign, which is how WWE pronounces “we forgot about this title for several weeks.”

The New Day won this match due to distraction, which makes me hope WWE will eventually pull the trigger on a long overdue heel turn.

WWE is quietly building up viable men’s tag team divisions on both brands.

After the Charlotte segment that followed this match, the story of tonight has been privileged, sore losers in Triple Threat matches demanding one-on-one rematches.

Tamina and Natalya won this match with a Hart Attack, and it would be awesome if that was their new finisher.

WWE is going out of its way to make Ricochet into just another guy by dressing him in street clothes and forcing the great high-flyer to brawl.

The referee messed up the three count, giving Ricochet the chance to win the match with a Brogue Kick instead of what would have been last night’s finish.

If Sheamus wanted to declare himself the baddest man in WWE, based on his number of wins as U.S. champion, I might believe him.

Asuka took some crazy bumps in this match as it didn’t seem like Asuka and Charlotte were on the same page throughout.

John Morrison dedicated this match to “the memory” of The Miz, which means to this point we were to assume that he was eaten by zombies.

Damian Priest was described as the talk of the WWE Universe. I guess any press is good press.

WWE decided to have another Lumberjack match without zombies, which makes it seem like Damian Priest made a horrible mistake last night and is trying to correct it.

Morrison slipped shortly before taking a superplex on the Lumberjacks, but the spot still looked great, if not painful for Morrison.

WWE unceremoniously sent Kofi back to the tag division, with no WWE Championship rematch, and I was still excited for this, right up until WWE pulled a bait-and-switch.