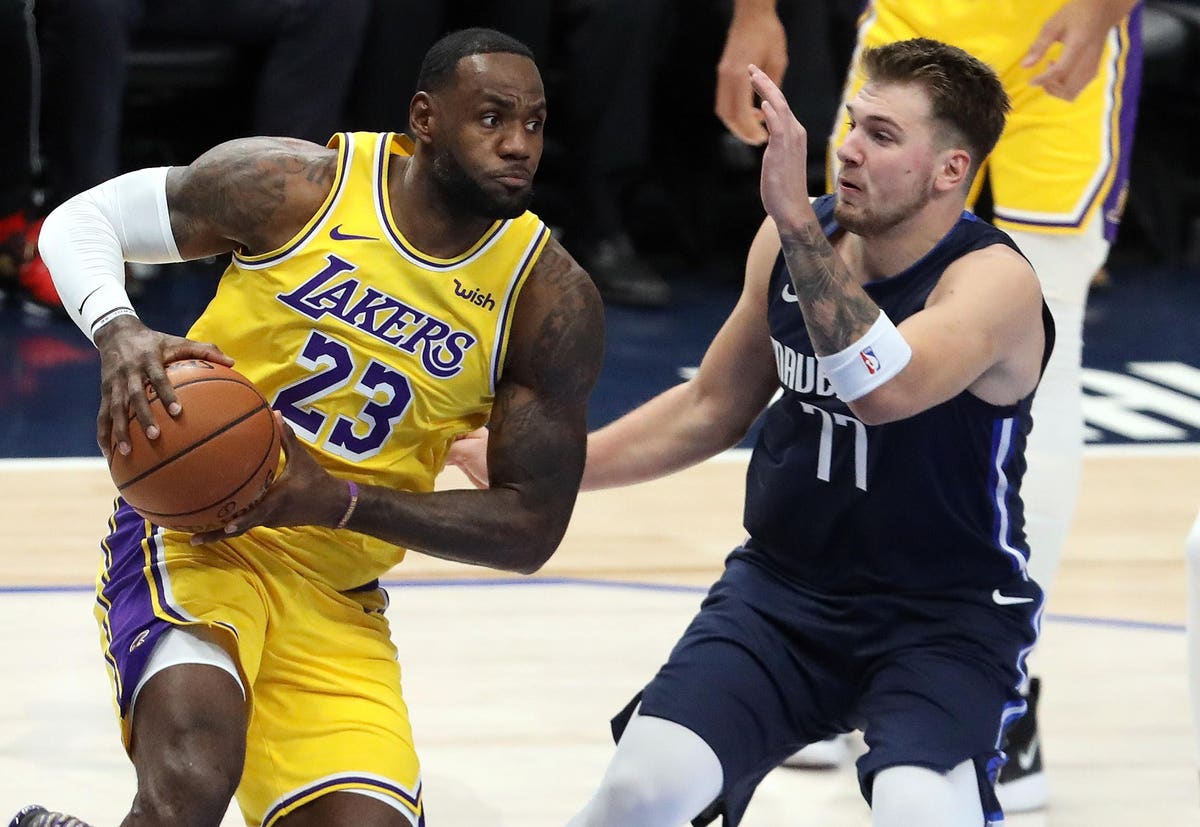 In 2014 the NBA signed a nine-year broadcasting contract, worth $24 billion, with ESPN and Turner, that kicked in before the 2016/2017 season and is currently ongoing.

The increased revenue provided an immediate expansion to the NBA’s salary cap, which went up by $24 million from 2015 to 2016.

This, in large part, happened due to the players’ union, NBPA, refusing to incorporate cap smoothing that would have seen smaller annual jumps to the league’s salary cap.

This leads us to the present, where the NBA is looking into signing a new broadcasting contract, taking effect in 2025. Only, this time the amount is projected to be substantially larger than what they fetched in 2014.

According to a report from Jabari Young of CNBC back in March, the NBA is looking at almost tripling the number of the current deal, aiming for over $75 billion that will compensate the league with $8.3 billion annually.

For the sake of reference, the NFL recently signed a new TV-contract worth $113 billion over a period of 11 years.

Needless to say, jumping $5.7 billion in TV-income annually will have a severe impact of the NBA’s salary cap, which is calculated off the league’s Basketball-Related Income (BRI).

Working under the assumption that the players’ union will once again prefer a major spike, a one-year increase of over $50 million isn’t out of the realm of possibility.

According to a league source, projections indicate that a $171 million salary cap is possible, assuming no cap smoothing, by 2025.

Should the NBPA instead agree to cap smoothing, it’s likely the league will still see annual increases to the extent of $15 million, according to source.

Cap smoothing could become a significant topic during the next round of CBA negotiations, which are expected to start next summer.

With another four years before the 2025 offseason, it should come as no surprise if agents in coming years advice their clients to include opt-outs by that summer to optimize earnings.

A richer salary cap means richer max contracts, so for the league’s elite it would make sense to position themselves for new contracts by that year.

For teams looking to extend players off their rookie contracts in coming years, there might also be less hesitancy to hand them a rich deal.

Players who may not be considered max players, but aren’t necessarily too far off, could receive the standard 25% rookie max anyway, simply because it locks them up for longer.

Teams would then swallow a few years of that player being overpaid, only to benefit greatly from a cap spike that lowers the cap-percentage of the player’s compensation.

That type of deal provides both player and team with significant benefits. The player will be compensated to the highest possible extent for a few years, which he otherwise wouldn’t be, and the team benefits by retaining his services, and receiving solid value on the back-end of the deal.

In particular, look for the 2019 and 2020 draft classes to receive rich contract extension offers in 2022 and 2023 when they become eligible.

The qualifying offer could become a weapon

With agents and players on rookie deals knowing that 2025 could become the year of the spike, some young stars might be willing to take drastic measures to avoid getting locked into a rookie max right before the cap spike.

Players that stand to earn a rookie max by 2024 could simply sign the qualifying offer (QO) and bet on themselves for a year, so they can hit the unrestricted free agency market by 2025.

The QO is rarely used, but that could change if players such as Anthony Edwards or LaMelo Ball, who projects as clearcut max salary players, learn they could stand to benefit from the cap spike.

Edwards, who has a QO worth $17.5 million, could simply pick that up, play out his fifth year for the Wolves, and hit the open market by 2025 where he will be eligible for 25% of the league’s newly increased salary cap – a vast increase of what he would have otherwise earned if he were to accept a rookie extension based on 2024 numbers.

For newly-arrived players that were selected in the first round of the 2021 draft, teams needn’t worry.

Should Cade Cunningham turn into the generational talent that everyone expects him to become, he could sign an extension in 2024, but that wouldn’t come into effect until 2025. His contract will then automatically adjust his compensation level to the 2025 salary cap figure, as opposed to that of 2024.

Get used to $300 million contracts

It wasn’t long ago we saw the first $200 million contract in NBA history. Stephen Curry signed one worth $201 million in 2017 and could be on the verge of signing another one soon.

The 2025 cap spike will see $200 million contracts get normalized, and for the league’s elite, $300 million will become the new threshold.

For NBA teams and NBA agents, it’s time to map out their financial futures.