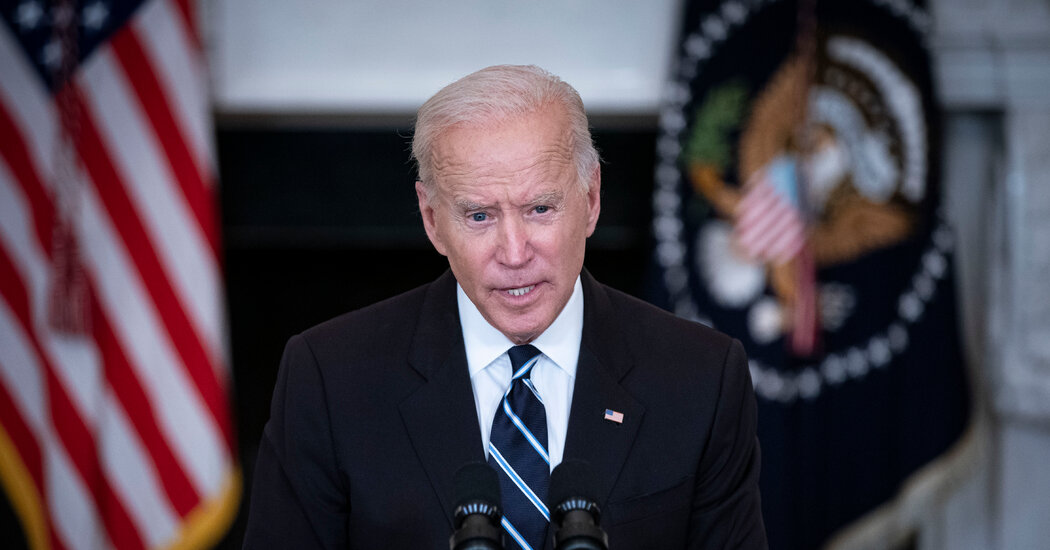 President Biden will require two-thirds of American workers to get vaccinated against the coronavirus, including many private-sector employees, health care workers and federal contractors — as well as the vast majority of federal workers, who could face disciplinary measures if they refuse.

The actions, made through a combination of executive orders and new federal rules, are the most expansive that Biden has taken to control the pandemic and will affect almost every aspect of American society. Roughly 80 million eligible Americans have not been vaccinated, while the country is reporting roughly 150,000 new cases a day.

Analysis: Legal scholars say the president has broad latitude to compel vaccination, even for workers in private businesses. “The federal government has ample power to regulate health and safety in the workplace,” said Lawrence Gostin, a law professor at Georgetown University.

Quotable: “We’re going to protect vaccinated workers from unvaccinated co-workers,” Biden said. “We can and we will turn the tide on Covid-19.”

Ten days after an anarchic evacuation of Afghanistan came to an end, the first international passenger flight departed Kabul yesterday for Doha, Qatar, with scores of Americans, Canadians and Britons on board.

The chaos of the evacuation left the airport in Kabul strewn with damaged equipment and the abandoned possessions of evacuees. In recent days, Qatari and Turkish personnel have worked with the Taliban to repair damage and make the airport basically functional again.

There was no indication that the Taliban would allow the tens of thousands of Afghans who qualify for special U.S. visas to leave. They said that Afghans with dual citizenship would be allowed to depart.

Statement: “The Taliban have been cooperative in facilitating the departure of American citizens and lawful permanent residents on charter flights,” a spokeswoman for the National Security Council said. “They have been businesslike and professional in our dealings with them in this effort. This is a positive first step.”

Jair Bolsonaro, the Brazilian president, has temporarily banned social media companies from removing certain content, including his own claims that the only way he’ll lose next year’s elections is if the vote is rigged — one of the most significant steps by a democratically elected leader to control what can be said on the internet.

The new regulations appear to be the first time a national government has stopped internet companies from taking down content that violates their rules.

Other tech news: Facebook and Ray Ban have created smart glasses that can take photos, record video, answer phone calls and play podcasts. Our reporter’s verdict? “What do the people around me think when they hear me utter, ‘Hey, Facebook, take a photo’? Can I still look cool doing that? Can anyone?”

For nearly 300 years, an image of Cupid was covered over in Vermeer’s “Girl Reading a Letter at an Open Window.” After significant restoration, the famous painting is back on show in Dresden, Germany, looking quite different.

“Just days after the catastrophe, American culture became a culture of prohibitions: a disciplined terrain where testimony was discouraged, and interpretation actively discredited,” writes Jason Farago, the critic at large for The Times.

The art that followed in that silence went small or minimalist: the spare memorial “Tribute in Light,” which reinstated the absent skyscrapers downtown as spotlights; the personal dramas of the playwright Neil LaBute and the novelist Claire Messud, in which the tragedy mundanely transformed their characters. Then Sept. 11 became the undercard for the Iraq War, making it difficult to interpret on its own terms.

A more positive response radiated from the site of the World Trade Center, one that, as the architecture critic Michael Kimmelman writes, “has ended up being the ultimate retort to Sept. 11 and the emblem of New York’s resilience.” Lower Manhattan is still a work in progress — but better than it was, more humane and livable. The district’s residential population tripled in the aftermath of the attacks.

The reinvention of the area is also a fitting tribute to Minoru Yamasaki, the architect of the twin towers. The towers projected strength, physically and culturally, but were delicate as well, Alexandra Lange writes in Bloomberg CityLab. They were also supposed to be more sociable, but budget cuts killed Yamasaki’s ideas for pools, trees and an arcade. In the shadow of no towers, that gentle part of his vision came back stronger than ever.

For more: The Times is exploring how the Sept. 11 attacks continue to shape the U.S.