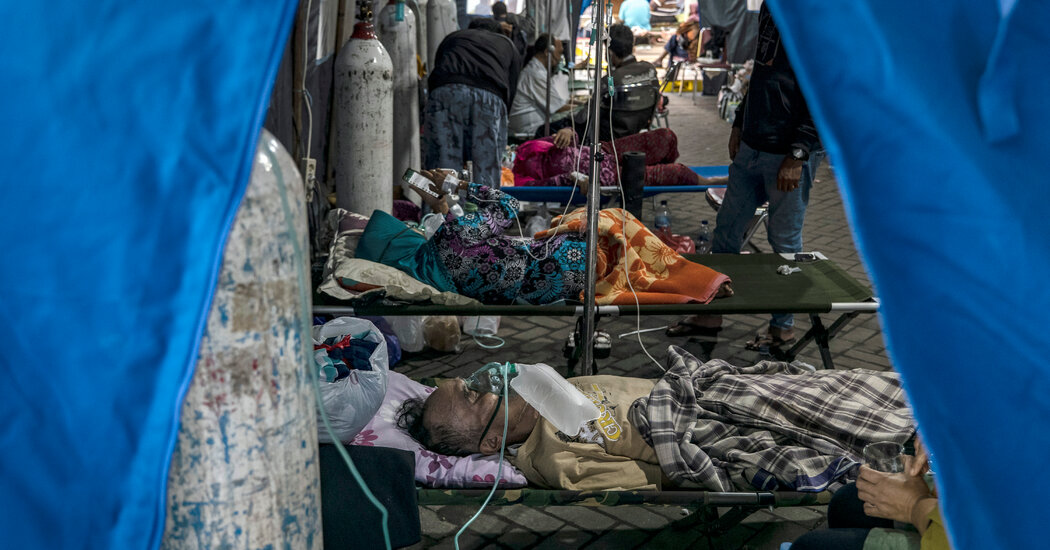 Good morning. We’re covering coronavirus cases in Indonesia, devastating floods in Europe and the rise of militias in Afghanistan.

Indonesia is the pandemic’s epicenter

The suffering that ravaged India and Brazil has reached Southeast Asia. Indonesia, the fourth most populous nation, now has the world’s highest count of new infections, with 57,000 new cases reported on Friday.

The highly contagious Delta variant fuels the meteoric rise in infections on the islands of Java and Bali. But even the record case numbers are a vast undercount. Dicky Budiman, an Indonesian epidemiologist at Griffith University in Australia, estimates that the true number is three to six times higher.

Some hospitals are setting up emergency expansions, housing patients in large tents. But thousands of people are sleeping in hospital hallways, tents and cars, waiting for an open bed. And officials estimate that 10 percent of their health care workers, on average, are in isolation after exposure.

Scarcity: “If we go to the hospital, we have to bring our own oxygen,” said Nyimas Siti Nadia, 28, who is trying to help her aunt’s family get treatment. At one hospital in the city of Yogyakarta, 33 patients died this month after the central oxygen supply ran out.

As the Taliban takes more territory, regional power brokers are again recruiting and arming volunteers. Hundreds of people have taken up arms around Mazar-i-Sharif, a northern economic hub, to protect their homes and businesses.

“How can I be a shopkeeper with no security?” said Musa Khan Shujayee, 34, a commander of an outpost there, explaining that he would be tending his shop had the Taliban not attacked the city’s outskirts late last month.

Over the past two decades, militias have carried many names, often under the auspices of government ownership: local police, territorial army, popular uprising forces, pro-government militias and so on.

But the ragtag regional alliances feel different now. As the country slips into instability, many fear this new mutation is an all-too-close echo of the way Afghanistan fell into civil war in the 1990s.

After bidding scandals, human rights outrages, overburdened host cities and now a pandemic, people are wondering whether the Olympics are more trouble than they’re worth. A recent poll found that only 22 percent of people in Japan think the Tokyo Games should happen.

New York City is New York City because of its concentrated creativity. Now, arts and entertainment are at the core of the city’s push to remain vital as shops battle e-commerce, remote work reshapes central business districts and families decamp for the exurbs. But the industry faces a bumpy recovery.

Broadway hopes to be up and running in a few months, but tourism is lagging. The Metropolitan Opera has planned for September performances, but it needs to negotiate a deal with its musicians. Nightlife is hot, but clubs, comedy cellars and concert venues have struggled to access federal aid.

These hiccups could stymie the city’s recovery. Arts and entertainment is a major industry: It employed some 93,500 people before the pandemic and paid them $7.4 billion in wages. Culturally, it’s the city’s lifeblood.

“The way I look at it, there is not going to be a strong recovery for New York City without the performing arts leading the way,” said Eli Dvorkin, editorial and policy director at the Center for an Urban Future. “People gravitate here because of the city’s cultural life.”

That’s it for today’s briefing. See you next time. — Amelia

P.S. The new season of “Modern Love” is coming to Prime Video on Friday, Aug. 13. Watch the trailer.

The latest episode of “The Daily” is on the maltreatment of Indigenous children in Canada.

You can reach Amelia and the team at briefing@nytimes.com.